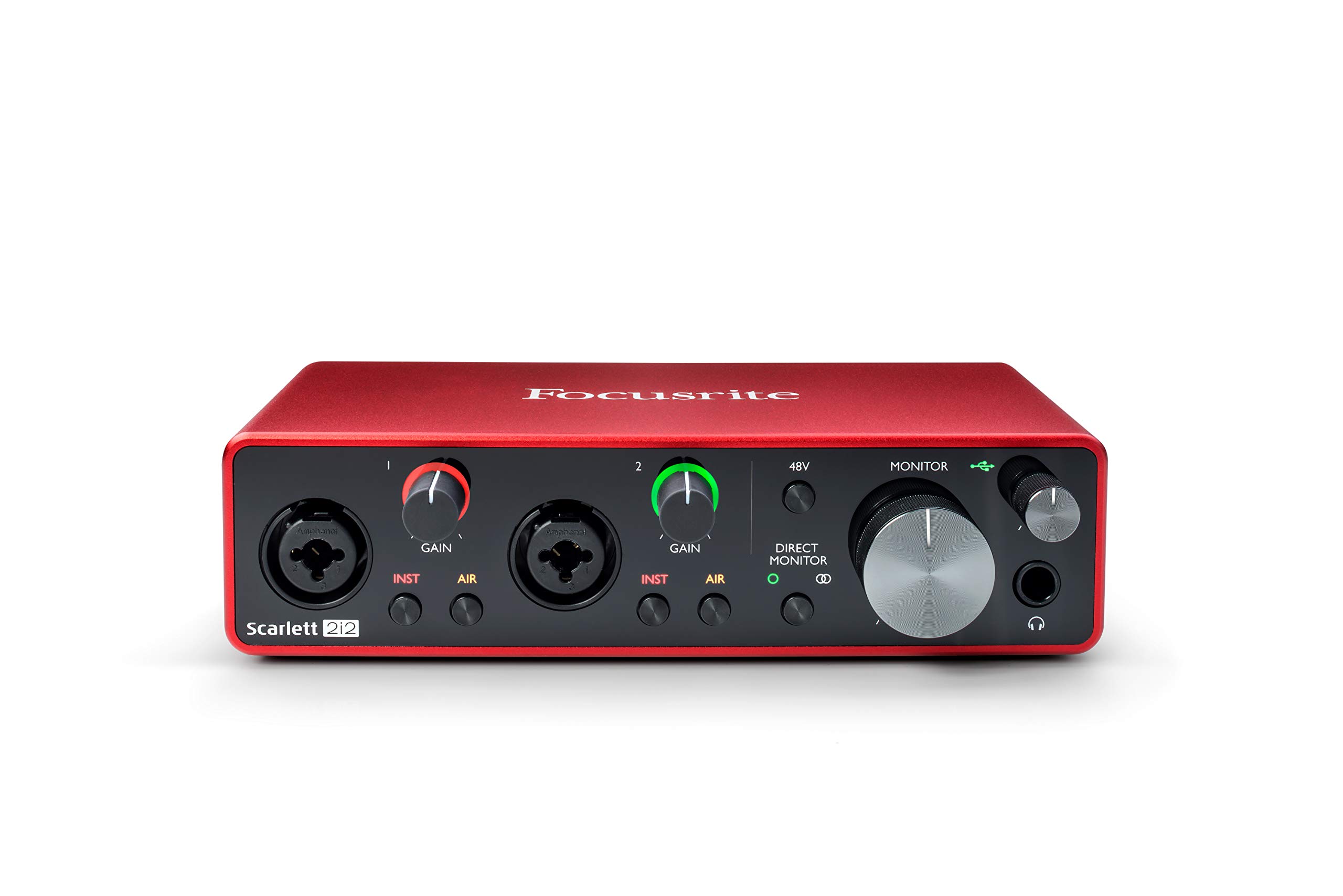 The Focusrite Scarlett 2i2 is, what Focusrite consider, “The world’s best-selling audio interface”
Buy From Amazon.com

The Focusrite Scarlett 2i2 is, what Focusrite consider, “The world’s best-selling audio interface”, at least that’s what they state on their website.

Now, we believe them! Why exactly, well because Focusrite has been an industry-leading audio interface manufacturer for years on end, and their Scarlett range has been particularly successful. You only have to take a look at the number of positive Amazon reviews [which we’ve linked to further below] to see how popular the 2i2 interface is.

As for the product specs, it’s a 2-in/2-out interface, which features 2 XLR/TRS combination inputs, making it perfect for those who want the versatility of using the interface to connect either two microphones, two instruments or one of each.

Additionally, it too has some impressive specs, supporting a sample rate of up to 192 kHz / 24-bit.

The interface is also fairly compact, making it ideal for those who may want to take this on the road for recording.

Now, as far as latency goes, we’ve read that it’s around 6ms, from users who have tried it.

Overall, Focusrite is an extremely reputable audio interface provider, known for creating quality interfaces. With that being said, we think that this interface is ideal for the musician/singer who wants a 2-in/2-out interface, with the versatility to be able to plug in both XLR or TRS via each input port. If this is you, why not take a look at the product reviews for yourself, directly below.